One Infographic:
The World as 100 People

A very simple put fascinating graphic of the world’s population in terms of gender, race, religion…etc

One Video:
Startup for Designers

Nice presentation from Google Ventures on how designers should approach startups, but not working on the fun parts (company name & logo) first, but instead the riskiest part

One Article:
Your Free Design Work Will End Up In The Trash

We all have limited mental bandwidth and when we are too focus on how to survive on a tight budget, it makes us worse at other things (That’s my excuse anyway)

As wonderful as products like Leap motion and Microsoft Kinect sounds, they are actually not particularly helpful in daily computer work, that’s where I think Flow can differ. Techcrunch Video

I’ve been looking for a simple way to share ideas with my close friends, to allow them to vote and comment on my ideas – this is perfect! It will be uploaded to http://chi.wai.li/ideas/

I absolutely love Kickstarter! If you are asking “What is Kickstarter?” Than I’m just going to presume you are pretty new to the idea of starting your own business. Because it is an amazing crowd funding platform that give you a pretty good chance of making your ideas to a real product! (If it is good anyway)
Personally, I really enjoy browsing around this website seeing all the wonderful and innovative ideas out there. Supporting independent businesses.
Designers/artists/producers/game makers/product designers can use this platform to announce their early stage idea in hope of financial support from others, If the idea is good and its liked by enough people who are willing to put money toward that idea, then the magic can begin! Once a project is “Funded” the startup would receive the funding to start making that very product. How the money is used, will of course vary for different projects.
It is also entirely up to each startup to determine what backers would receive in return for their pledges, it could be a simple thank you, a t-shirt, a copy of the finished product or a entirely customised version of the product.

How Kickstarter* has changed the game

I think Kickstarter is a big fat slap against the traditional model for starting new businesses or growing existing ones and this is how it is doing it:

My one gripe with it is it’s currently US citizen only. UPDATE: Kickstarter will also be open to UK from 31st October http://www.kickstarter.com/blog/kickstarter-in-the-uk
*Although I do love Kickstarter, I have no issue with all the other equally fantastic crowd funding platforms like IndieGoGo, RocketHub, PeopleFund It (No longer available), CrowdFunder and CrowdCube 🙂 MaKey MaKey: An Invention Kit for Everyone 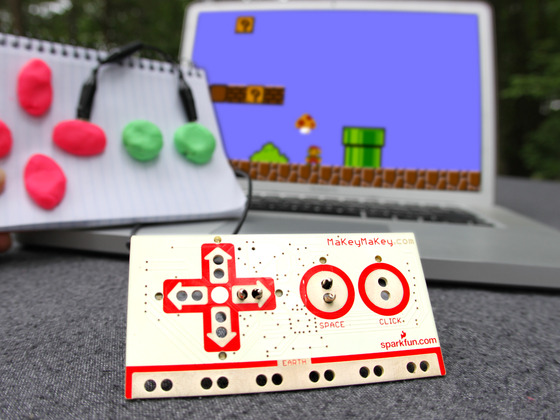 Twine : Listen to your world, talk to the Internet What the media is saying

This movement of crowdfunding can be seen on various international news rooms like BBC, Wired and The Economist has already reported on how crowd funding is changing the business words and